The gene transfer from A. tauschii to Triticum aestivum was carried out using a direct crossing technique facilitated by the existence of homologous recombination between the D genome chromosomes of both species (2). Briefly, lines of diploid A. tauschii were crossed with the adapted hexaploid wheat cultivar. Since the resulting F1 hybrids (ABDD genomic constitution) frequently show an aberrant endosperm formation, the procedure is followed by embryo rescue and then backcrossed to the adapted wheat cultivar.

The SrTA10187 locus is located on chromosome arm 6DS. A high resolution mapping population including KS05HW14, TA10187, and 1,060 BC3F2 individuals was used to map its location, which is shown in the figure below (3). Sr5, SrCad, SrTmp and Sr42 are stem rust resistance genes located close to SrTA10187 on chromosome 6D, but susceptibility tests suggest they are different loci. Further allelism tests are underway to confirm SrTA10187 is a unique locus. 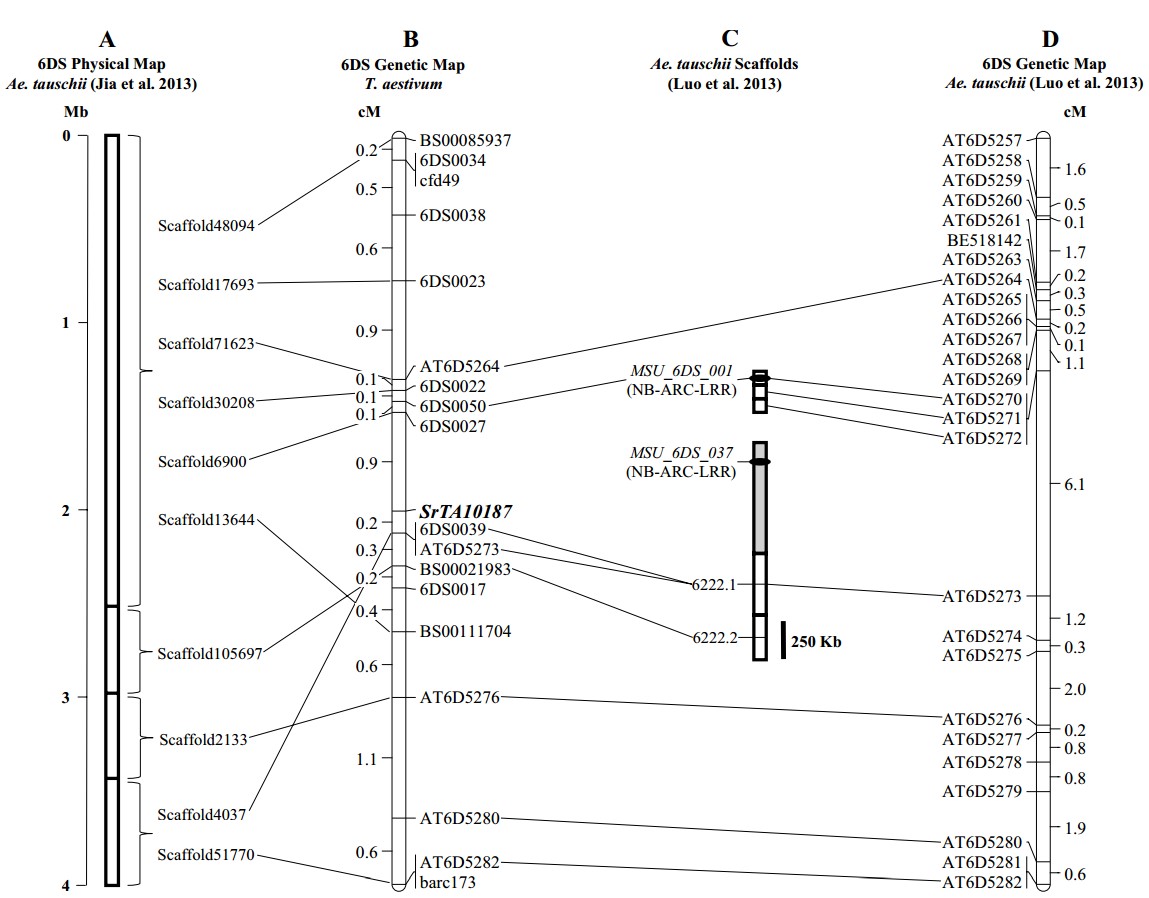 b: Source of the SNP context sequence: Sequencing the Aegilops tauschii Genome (http://aegilops.wheat.ucdavis.edu/)